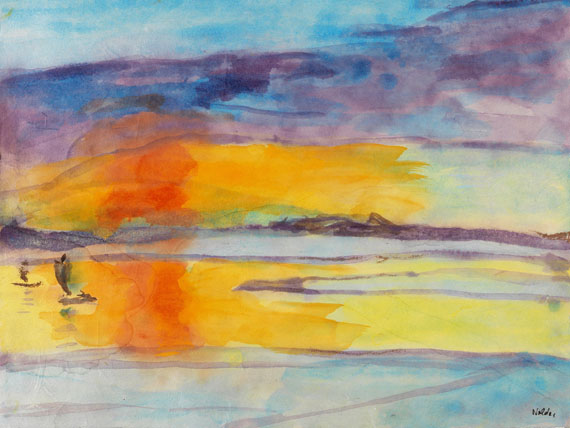 • Striking account of a moment in an explosion of bright colors.
• Strongly contrasting color fields determine the dynamic expression of the picture.
• With the watercolor Nolde found a technique in line with his conception of the nature of painting and which enabled him to render the sensation of nature directly in form and colors.

Accompanied by a photo expertise isued by Prof. Dr. Manfred Reuther, then head of Foundation Seebüll Ada and Emil Nolde, from January 24, 2005.

"My home was like in a fairy tale, my childhood home in the flat lands, my land, with thousands of larks jubilating in the skies, my wonderland between the seas."
Emil Nolde 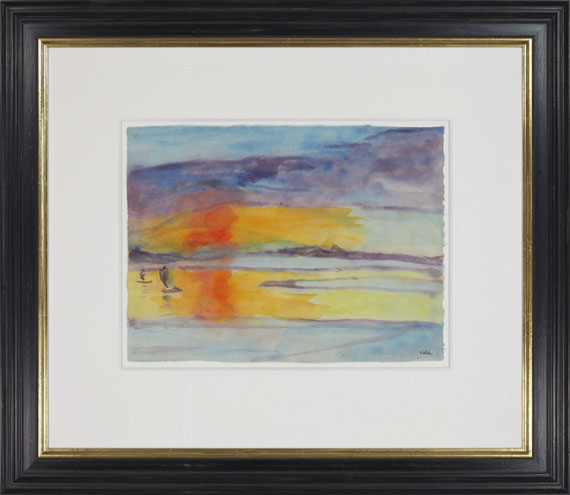 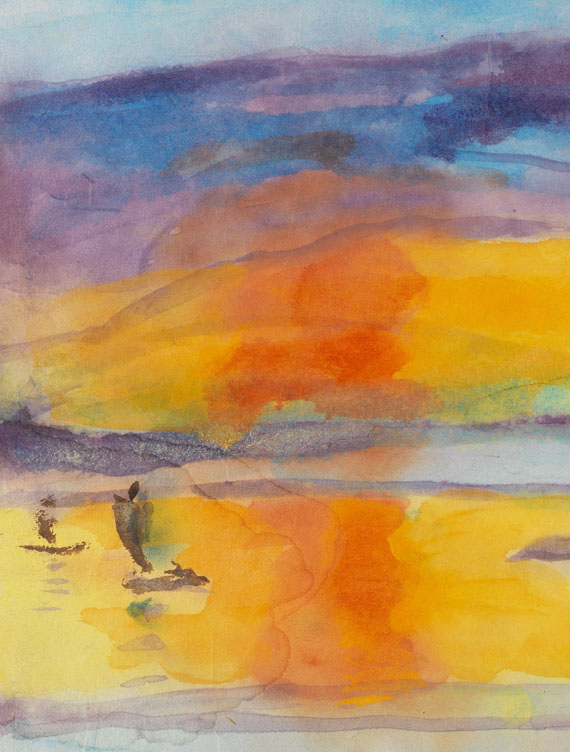 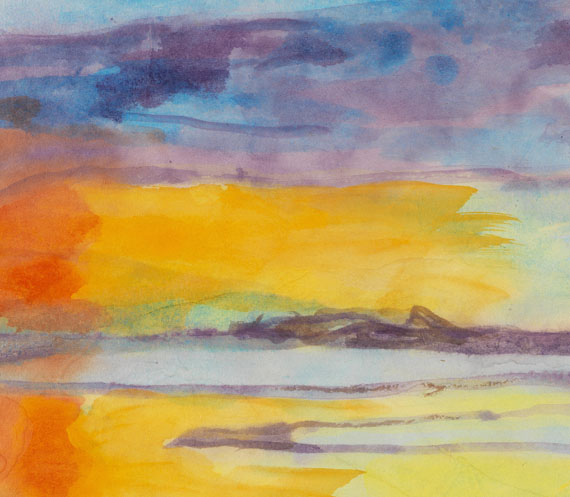 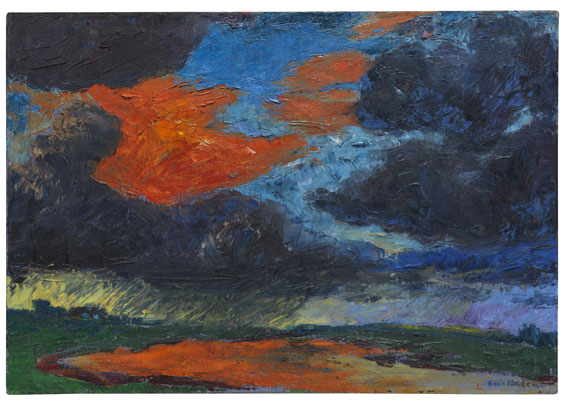 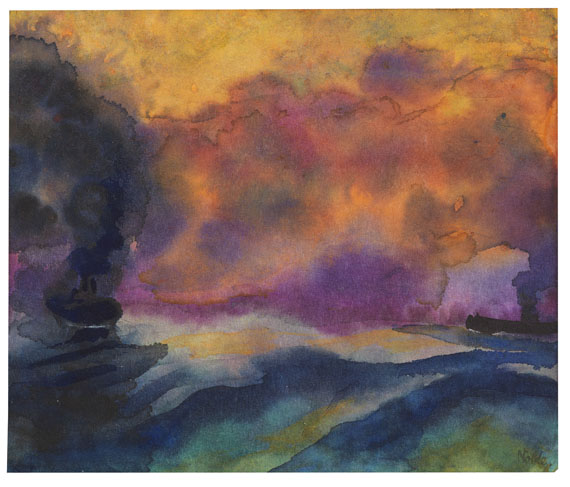 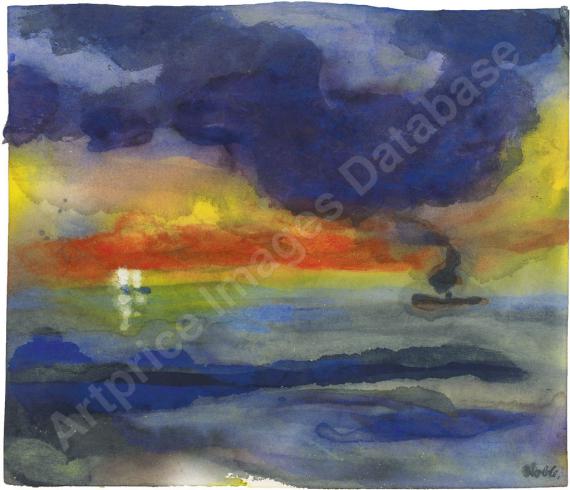 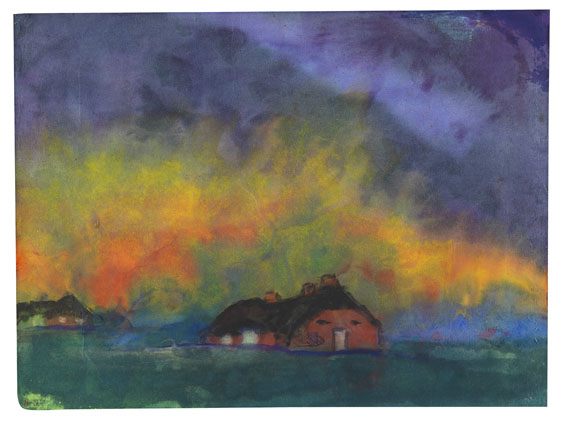 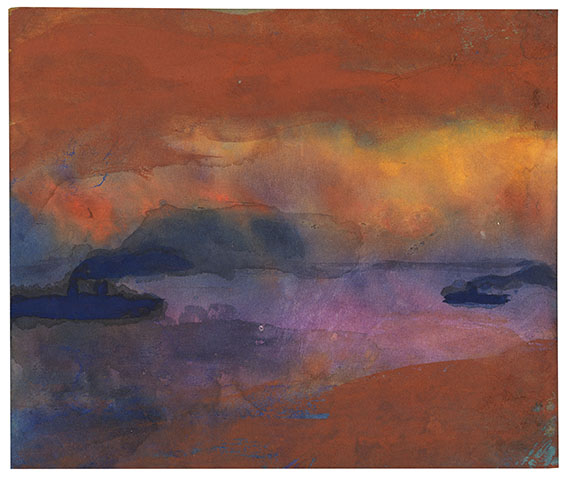 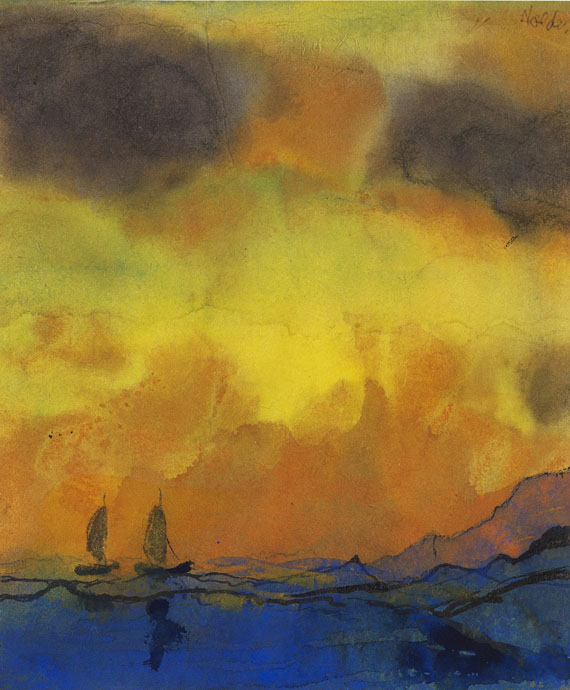