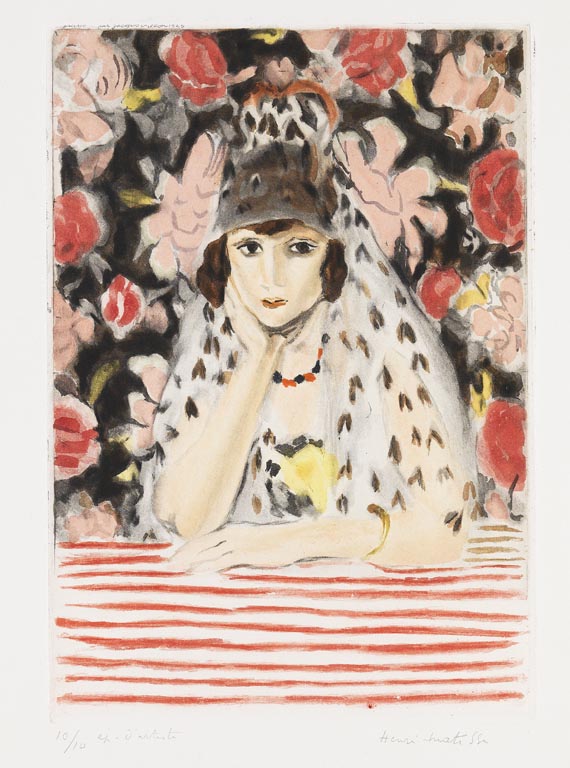 Jacques Villonâs extraordinary technical virtuosity enabled him, alongside his own Åuvre, to make original prints from the works of artists who were friends of his, as it were, to replenish his finances. In their faithfulness to the original works and the stunning technical mastery with which Villon executed them, they are prime examples of successful translation of original works into a different medium. âEspagnole Ã  la Mantilleâ is a typical example of the dazzling portraiture that, along with other genres, made Henri Matisseâs reputation for his masterly handling of decoratively heterogeneous pictorial elements. The beautiful Spanish woman asserts herself with poise against a wildly patterned background. However, the parallel stripes in the foreground create distance, while at the same time constituting the balancing factor in a composition that is visually sumptuous in its diversity. [KD].