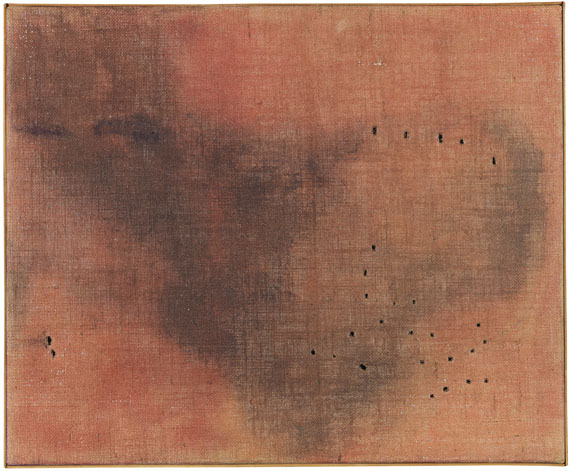 • From the famous work group of the Buchi (Holes), Fontana's earliest Concetti spaziali.
• Fontana's punctured canvasses Buchi (Holes) count among the most seminal creations of Post War Art.
• Distinguished composition with a poetic interplay of color and action, of great rarity and museum quality.
• Many of the early "Concetti spaziali" are in important international collections like the Museum of Modern Art and the Solomon R. Guggenheim Foundation, New York.
• Punctured canvasses are Fontana's most sought-after objects. The work "Concetto spaziale. La fine di Dio" (1964) realized Fontana's current record price of $ 24 million in New York in 2015.
• Fresh to the market and with a consistent provenance over more than 40 years.

The painting is registered in the archive of Fondazione Lucio Fontana, Milano.

Essay
Lucio Fontana‘s perforated canvasses, which he made as of 1949, marked a significant turning point in his oeuvre and found belated art-historic recognition as the most important evolutionary step in his entire artistic career. Art history celebrates Fontana‘s radical gesture of his first perforated canvasses or ‘Buchi‘ (holes), as the artist called this key work group, as the most important moment in the history of European Post War Art. There are very few artists that are so closely linked to just a single gesture, a single artistic accomplishment, as it is the case with Fontana, whose entire creation is based on the perforation of the canvas and the resulting cuts, which moved to the center of his art around ten years later. In 1949, when Fontana for the first time perforated a piece of paper on canvas from the reverse side instead of drawing on it, the material curled up on the edges of the holes and the two-dimensional image space opened up into the third dimension, Fontana presumably did not realize at all that this moment would go down in art history as the most decisive turning point of his entire career. At that time Fontana was already fifty years old and looked back on mainly sculptural activity. However, up until today Fontana is predominantly identified with his famous Concetti Spaziali (Spatial Concepts), a generic term the artist also used for his ‘Bucchi‘ (Holes) as well as for the later Tagli (Cuts). At that point the radical step of perforating the image carrier lead to vast incomprehension. Fontana recalled as follows: "Laughter over many years! [..] People said to me: "What are you doing? Why you, Lucio? You are such a gifted sculptor.." To them I used to be a master and now I was a donkey. Yet i was able to participate in the Venice Biennale in 1950 as I could trick the commission that had invited me as a sculptor! I didn‘t disclose anything and went with to the Biennale with 20 perforated canvases. You can imagine how they reacted: "That‘s not sculpting, it‘s painting!" [..] To me the perforated canvasses are sculptures, a new factum of sculpting." (Quote after: Barbara Hess: Lucio Fontana, Cologne 2006, p. 8). This work from the collection of the Swedish publisher Hermann Igell is not just one of Fontana‘s early Concetti Spaziali of which most are in possession of renowned public collections nowadays, it is one of the very rare works in which Fontana experimented with the soft color effects of the then widely used painting medium aniline, which turns a reddish brown through contact with air and emphasizes the agravic effect of the minimalist perforation. Fontana‘s remarks on his perforations from the 1960s seem like a description of this very picture: "When I work on one of my pierced pictures as painter, I do not intend to create a painting: I want to open up a space, a new dimension of art, I want to enter the cosmos that lies beyond the painting‘s confined surface and that extends to infinity." (Quote from ibidem, p. 8). The canvas is no longer mere carrier of artistic imagination, instead t moves to the center of the artist‘s interest through its materiality, thus becoming more like a projection screen for the eye of the beholder. With his minimalist work Fontana made a decisive contribution to the contemporary quest for spatial delimitation of the artwork. Today Fontana‘s works are in possession of many renowned international collections, such as the ‘Pinakothek der Moderne‘, Munich, the Solomon R. Guggenheim Museum, New York, the Tate Collection, London, the Centre Pompidou, Paris, and the National Museum of Modern Art, Tokyo. In 20019 the Museum of Modern Art, New York, showed a grand retrospective of his pioneering post-war creation under the title "Lucio Fontana. On the Threshold". [JS]
Ulteriori informazioni
+
Vendere
Desidera vendere un simile oggetto?
+
Registrare di
Lucio Fontana
+
Domande sull´acquisto
+
Contattare esperti
235
Lucio Fontana
Concetto spaziale, 1957.
Punctures, India ink and aniline on burlap
Stima:
€ 150,000 / $ 175,500
Risultato:
€ 275,000 / $ 321.750
(25% commissione inclusa)
Ulteriori informazioni
+
Vendere
Desidera vendere un simile oggetto?
+
Registrare di
Lucio Fontana
+
Domande sull´acquisto
+
Contattare esperti
Altre immagini 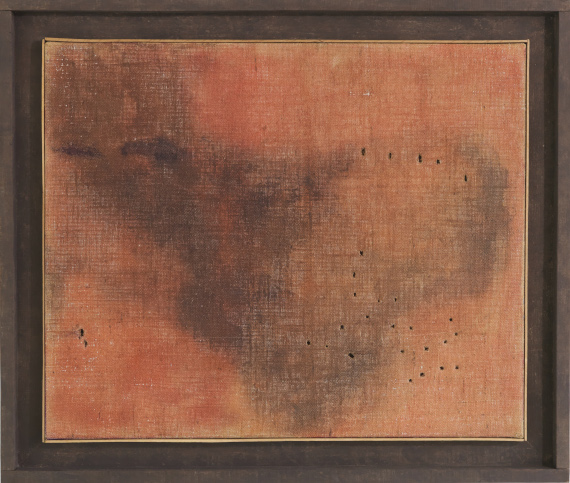 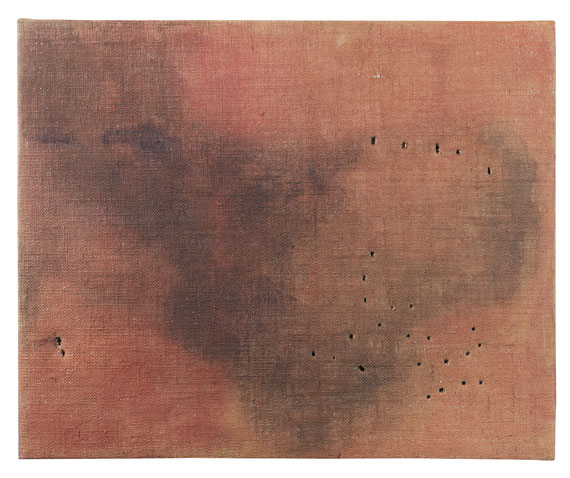 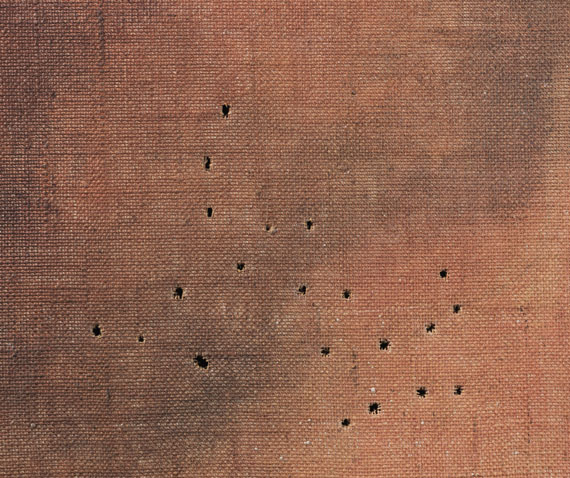 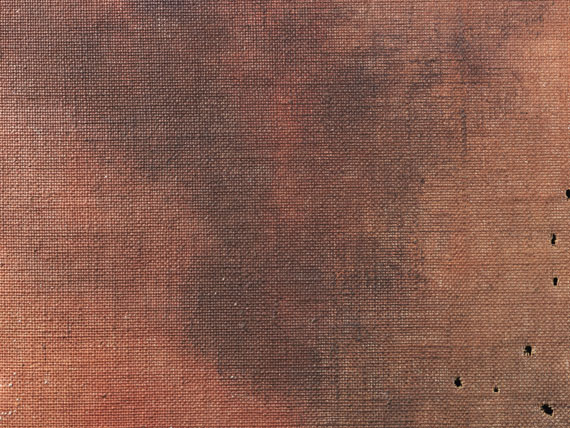 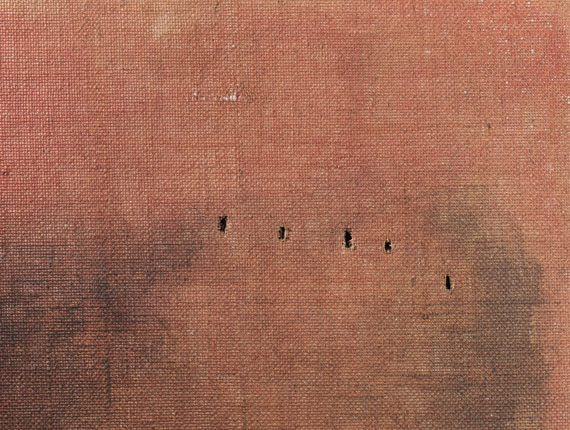 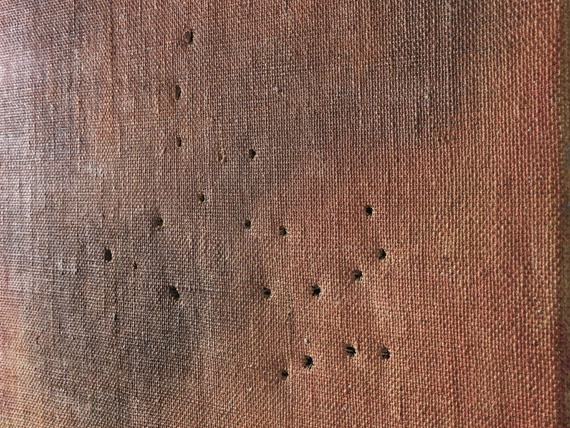 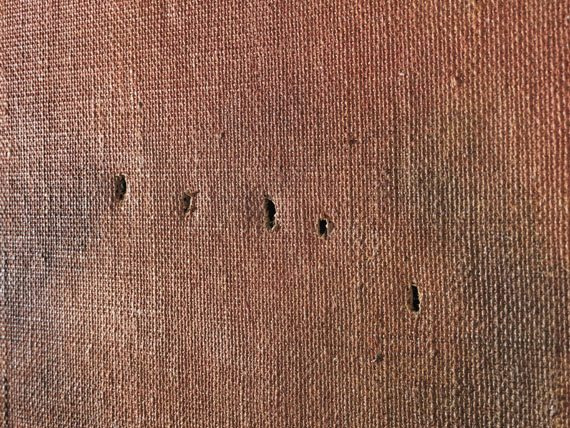 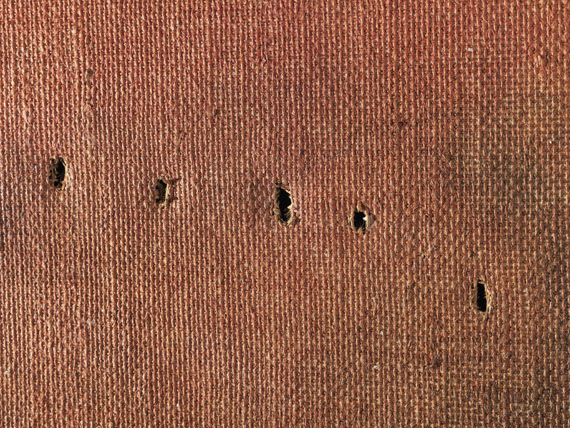 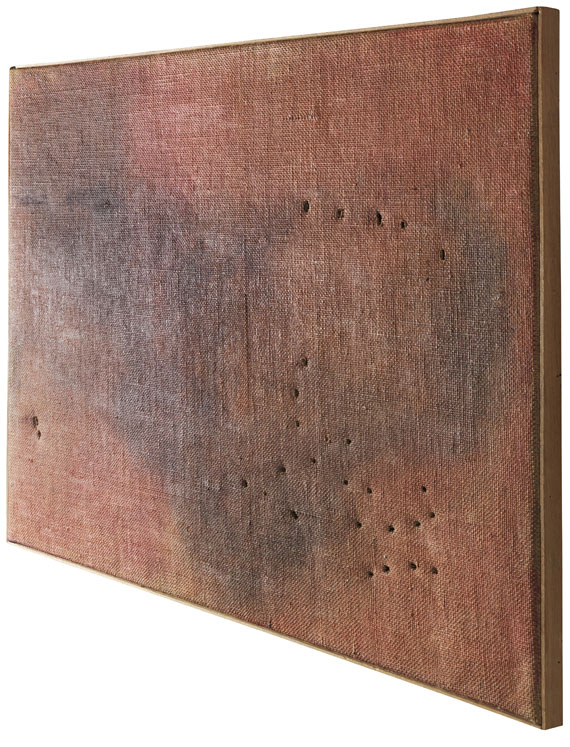 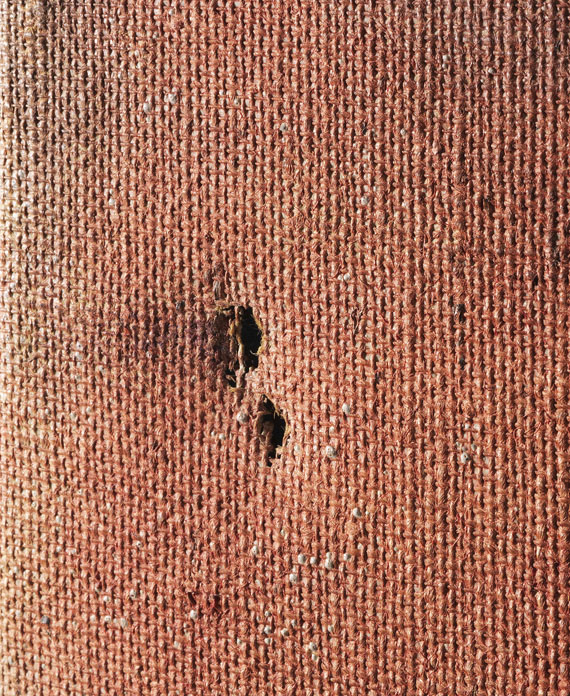 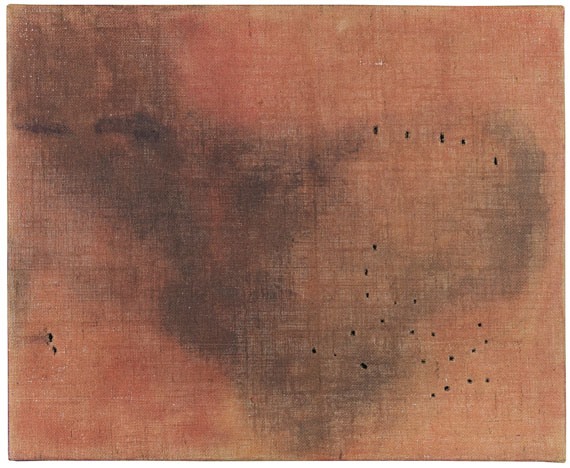 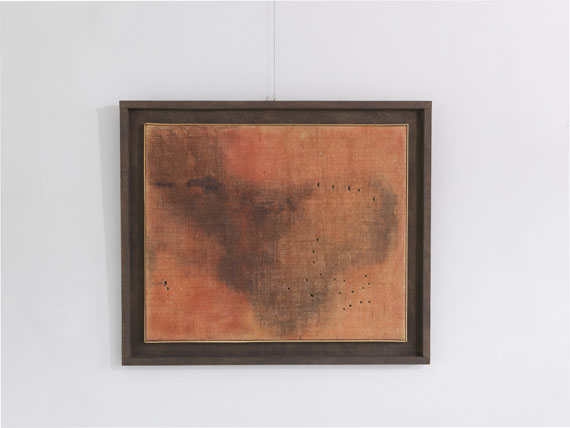